As Ratfink has been reprinted in the recent Judge Dredd Megazine, I thought I'd post these roughs as  I drew trying to work out how he looks. The bottom lot were an attempt to find how he moves, I find this often gives me as much clue to a character as what he looks like.
And here's John Wagner's initial notes for me:
"I see Ratfink as a cross - a  very sinister cross -between Catweasel and Albert Steptoe. Obviously younger, more lithe and physically dangerous, but the same kind of posture, the same range of expressions as Steptoe - perhaps he even wears a pair of fingerless gloves like Albert.  He's a magpie, a collector, and has filled his underground home with an amazing and absurd collection of scavengings from ambushed travellers - he'd have an assortment of clothes hanging up, stuff like a long blonde wig which he could try on in a pic wherever it fits, kiddies' toys - whatever you think fits.  Lots of purloined weapons too. Hope this helps." 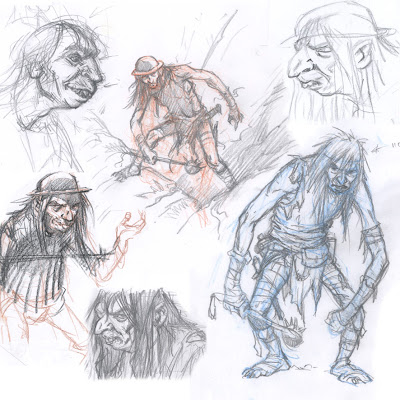 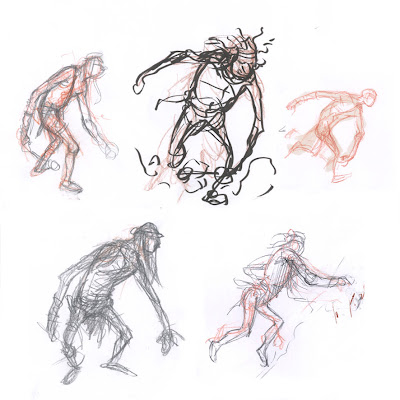 Peter Doherty
Been drawing comics and other things for 20 years.